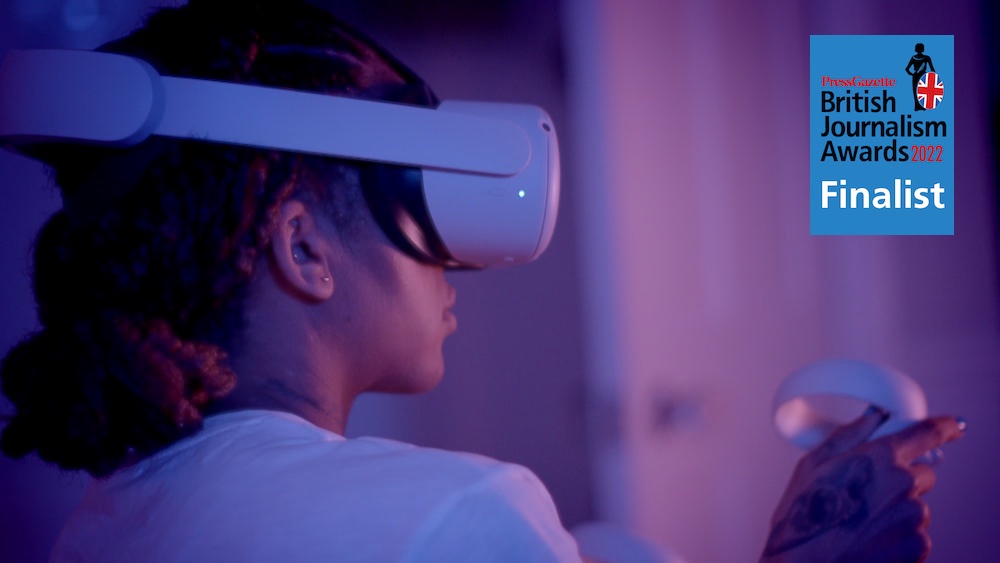 Journalist Yinka Bokinni goes undercover to investigate a new frontier in cyberspace – the metaverse. Donning her Virtual Reality headset, Yinka explores what the big tech companies tell us is the future of the internet where, via an avatar, we can all meet, play games and interact with each other in a wonderful parallel universe. But as well as a thrilling new world, she also finds a dangerous one in which some apps expose users to racism, sexually explicit behaviour and even sexual assault. Worse, she also finds that children as young as eight are able to access this shocking content.

Nominated for the award for best Technology Journalism in the Press Gazette British Journalism Awards 2022.